Andor, also called Star Wars: Andor is an American science-fiction action TV show made by Tony Gilroy for the streaming service Disney+. It is part of the Star Wars franchise.

Contents
Take a Look at RecapAfter Planning for Months, Everything is Ready for the Heist on AldhaniFinal Words on Season 1 Episode 6 of “Andor”Andor | Official Trailer

The series is a prequel to the 2016 Star Wars spin-off movie Rogue One. It tells the story of thief-turned-Rebel-spy Cassian Andor in the five years before the movie.

Take a Look at Recap

It’s time for the big robbery. The most crucial episode of Andor starts with a beautiful, wet conversation about hope and loyalty between Cassian (Diego Luna) and Nemik (Alex Lawther). The future rebel doesn’t have either right now, but he’s finally getting there. After Planning for Months, Everything is Ready for the Heist on Aldhani

The best of the Dhani people come to the planet’s annual solstice event, while the worst of the Imperial brass show up. In another example of how Andor knows more about real evil than anyone else in the Star Wars universe, Commandant Beehaz (Stanley Townsend) explains how the Empire uses “soft power.”

He knows they must keep the “plebs” happy enough to control them. During “The Eye,” they give away free buses and cheap drinks (think the stone circle at Glastonbury meets the Northern Lights). Lucky for us, the rebels are planning something more aggressive.

Cassian, Nemik, Skeen (Ebon Moss-Bachrach), and Taramyn (Gershwyn Eustache Jnr) are now dressed as imperial troops and have joined the other soldiers on site. At the same time, Vel (Faye Marsay) and Cinta (Varada Sethu) swim under the loch, and a Gorn (Sule Rimi) leads from the inside.

Beehaz trades sheepskins with the local druid Preist, and both look disgusted. Vel hesitates out of fear, not being as tough as she acts. As “The Eye” begins, Andor shows off its most impressive set piece so far, which fills the sky with CGI sparkles while still looking natural and gritty. The heist gets off to a rough start, but they get what they want in the end. They take Beehaz hostage and make him load his stolen credits into the cargo bay. Something goes wrong. Even though the radio signals are jammed, a platoon of soldiers could still hear the wrong crackle and run down to the vault to check it out.

When the shooting starts, things get messy. Gorn is killed. Beehaz’s heart stops working. Nemik gets crushed. Cassian gets the escape ship into the air, but the TIE fighters are close behind. Andor uses the multicolored solstice to give us one of the best-looking dogfights in Star Wars.

Now that there are only half as many of them, Cassian takes over from Vel and goes to the closest hospital to try to save Nemik’s life. Too late. When a doctor with four arms fails to protect Nemik, the rebels lose the brains and heart of their whole plan.

Not only that… Skeen sees his chance and asks Cassian if he wants to help him get away with the money. He says, “I’m a rebel, but it’s me against everyone.”

Cassian doesn’t even think about it for a second before he shoots him in the head in the middle of his pitch and forces Vel to give him his original cut. He may have finished his first job for the Rebel Alliance, but he doesn’t want to do anything else for them. At least for now.

Holy crap, that episode was great! Except for Arvel’s predictable betrayal, I was on the edge of my seat from the beginning to the end. People, this is good Star Wars. This is how it’s done, and I hope that if enough people watch, we’ll get more shows like this in the future.

Now that we’re halfway through the first season, I’m hooked. Cassian must return to help the rebels, but nobody knows how his quest will turn out. He’s an interesting hero because he’s a brutal mercenary with Han Solo’s values who finds himself in a dangerous situation much more significant than he ever thought it would be.

In this universe, you can either keep your head down and hope the enemy doesn’t see you, or you can fight back. Cassian has been happy doing the first, but if this mission is successful, it should show him that he needs to do the second.

What’s crazy is how supporting characters who have been around for a long time are killed off without much thought. Karis, Arvel, Taramyn, and Gorn don’t die heroically. Instead, they die as regular soldiers, not as heroes of the Republic.

I find that interesting unless it’s all a trick and the show plans to bring them back in later episodes. No matter what, I like Andor. Only six more episodes are left, so there is still time for the show to go downhill, but the first six have been great. 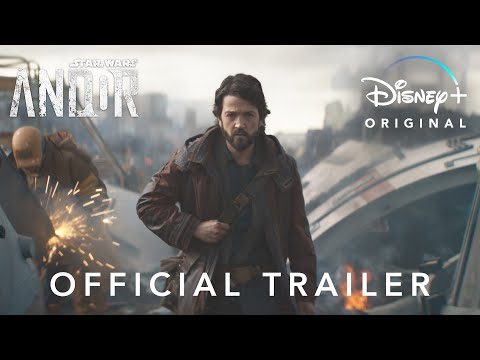