Avatar 2: Avatar: The Way of Water is the official title for Avatar 2, and the first teaser trailer will be released very soon.

The teaser trailer and title debuted at CinemaCon on April 27, 2022. It isn’t yet available online, but it should be by early May, just in time for the sequel’s long-awaited release in theaters in December 2022. James Cameron has revealed some plot details for Avatar 2, which will deal with “familial and imprisonment themes” that have emerged since the first film. Cameron also stated that the films are self-contained, so you’ll enjoy the sequels even if you haven’t seen the original.

Avatar 2 events will take place 12 years after the first film’s events. Sully is the clan’s chieftain, and Neytiri is the high priestess. They got married and started a family.

It has also been reported that they will venture beyond Pandora’s forests into underwater and volcanic environments that will make “you shit yourself with your mouth wide open,” as Cameron put it.

Because the original Avatar’s core cast is still under contract, Cameron’s stars will appear in the film when it is released.

Zoe Saldaa will reprise her role as the Na’vi princess Neytiri, while Sam Worthington will return as the human-turned-Na’vi Jake Sully.

Stephen Lang returns as the late Colonel Miles Quaritch, who serves as the main antagonist in the four films. He claims that he will be able to “really go to town and examine the character in detail” in the sequel.

All of the Avatar sequels star Kate Winslet as Ronal, marking her and James Cameron’s first collaboration since the 1997 blockbuster Titanic.

The Metkayina, led by Cliff Curtis as Tonowari from Fear the Walking Dead, will be featured in the sequel. Winslet’s character Ronal is a member of the Metkayina clan, as are Bailey Bass’s Reya and Duane Evans Jr.’s Rotxo.

Britain Dalton’s Lo’ak, Jamie Flatters’ Neteyam, and Trinity Bliss’ Tuktirey are among the Na’vi children Jake and Neytiri have in the sequel. They also have a human child, Miles Socorro, alias Spider, played by Jack Champion.

Also Read: The Handmaids Tale Season 5 Announced – Get Ready for Another Shocking Twist

To make a long story short, Avatar 2 will be released on December 16, 2022, after originally being scheduled for December 20, 2021, due to the ongoing global health crisis.

The sequel began filming in 2017, but given that it combines live-action and motion capture elements, it’s not surprising that it’s taken so long. Cameron revealed in September 2020 that Avatar 2 was “100% complete” and Avatar 3 was about 95% complete.

Cameron previously stated in April 2022 that he was putting the “final touches” on the sequel, indicating that everything appeared to be on track for a December release.

Given that we have three more films on the way, Cameron has been working on all of them in recent years. Because of the young cast, he revealed in December 2021 that some of Avatar 4 had already been shot. The teaser trailer of Avatar 2 premiered at CinemaCon and showned in theaters alongside Doctor Strange in the Multiverse of Madness, which was released on May 5 in the United Kingdom and May 6 in the United States.

If you miss out on seeing it in theaters, the Avatar 2 trailer is now available below. 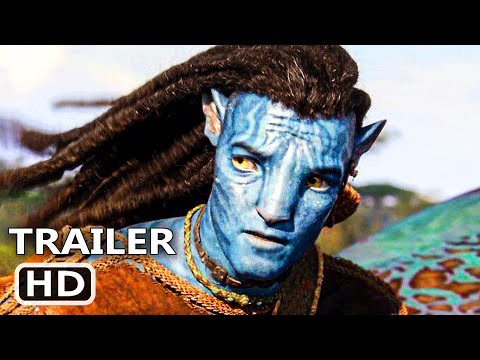