Gentleman Jack Season 2 is set to premiere soon and fans are stoked to see the official photos (and some scoop) on the upcoming period drama series.

After two and a half years of famine without Gentleman Jack Season, we’ll get to see them back at the screen once again. Read more to know what awaits!

When is the Official Release Date of Gentleman Jack Season 2? Although we are sure that the series will be out sometime in spring of 2022, BBC has not yet confirmed when Gentleman Jack Season 2’s release date is.

But since it will be out by spring then, it isn’t too long to wait for fans in the UK to see Gentleman Jack Season 2 Episode 1. However, no details have come out about when it is going to be shown in America on HBO though.

Moreover, Rundle, one of the cast, has shared a series of pictures on her social media account where she and her co-star Jones are sipping glasses of champagne behind the scenes as they finished filming on Gentleman Jack Season 2 2021.

She captioned in the photo, “Corrr it’s been a long time coming but after a year – a whole YEAR – we have FINALLY wrapped on Gentleman Jack s2!” Now we’re excited as ever to see the Gentleman Jack Season 2!

Written by Sally Wainright, the period drama follows the life of an LGBTQ+ trailblazer and provocative icon Anne Lister. The historical drama was inspired by the real-life coded diaries of Lister who is portrayed by Doctor Foster actress Suranne Jones.

The story is set in the 1830s where Anne lives an unconventional life as a businesswoman and flits from one romantic encounter with one woman to another. Not until she met Ann Walker in the first season who changed everything.

Who will be joining Gentleman Jack Season 2?

As we come closer to the premiere of Gentleman Jack Season 2, we are as excited as the cast are!

Returning for the show as the titular character of Anne Lister (Gentleman Jack) is actress Suranne Jones. Jones has starred in various dramas over the years, including Coronation Street, Scott and Bailey, and Doctor Foster.

Sophie Rundle will also be joining the cast for season 2 as Listers’s wife Anne Walker. She is known for portraying Ada Thorne in BBC One’s drama Peaky Blinders.

Other casts to be joining Season 2 are:

Unfortunately, we might not see the elder Listers, Captain and Aunt Ann who both died in 1836.

Wainwright however told an interview, “I haven’t made too many choices yet, but I don’t really want to lose Aunt Anne.” She added, “The dynamic around the dining table – I think that seems to work very well. There’s a nice family comedy in there with those different generations… I don’t lose characters unless I have to.”

So, we’ll have to wait and see until it gets released.

What to expect on Gentleman Jack Season 2? The show will start off where the last episode of Season 1 ended and will continue to follow Anne’s life.

We’ll get to see more of her married to her love Ann and their refusal to keep their love and spirit quiet may cause even more problems.

Wainwright told in an interview, “They [Jack and Ann] move into Shibden together in series two,” she also added that the second season is about how the married couple negotiates their married life in public.

Is there a trailer for Gentleman Jack Season 2?

Unfortunately, BBC has yet to release an Official Trailer. Since there is no set date on when they will air the second season, they had only released photo teasers.

But since the filming has wrapped, it is likely we might get to see it sooner than expected. Just keep updated!

For now, take a look at the series’ official trailer. 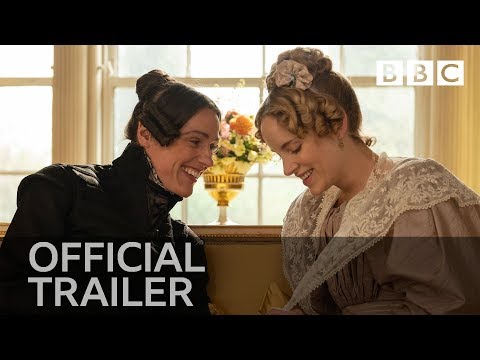 Where can I watch Gentleman Jack Season 2?

As of now, we are unsure on whether or not the showrunners will renew the series for another season. But then again, let’s keep our fingers crossed and wait for official announcements.