Grown Ish Season 5: On March 7, the network announced the show’s renewal, as well as the fact that Marcus Scribner, who plays Zoey’s younger brother Junior, will join the cast full-time as he begins his road to adulthood.

Even though Black-ish is coming to an end, we don’t have to say goodbye to the entire Johnson family. Grown Ish Season 5 was confirmed.

The plot of Grown Ish Season 5 Zoey Johnson and her friends graduated from Cal-U in Season 4’s season finale. Andre Johnson Jr., Zoey’s brother, joins the cast as a Freshman at Cal U in the upcoming season. With black-ish coming to an end, we’ll watch Andre’s path of maturation.

Season five will most likely follow Zoey after graduating from Cal U and traveling to New York with her new circle. So far, all we know is that her brother, Andre Jr., who has been a regular on black-ish since the beginning, will be joining the grown-ish ensemble for season 5.

Junior comes up to a Cal U building wearing a school sweatshirt and struggles with the doors before making his way towards the end of season four’s last episode. This appears to signal that we’ll also be following the youngest Johnson sibling through college.

Kiela, Doug’s ex-girlfriend/boo thing and Luca’s younger sister will only be a sophomore at Cal U next year. And if you’re following black-ish, you know Andre just split up with his longtime girlfriend, Olivia. Is it too soon to predict that these two will develop a romantic relationship?

We hope to see some of the more mature characters from the series return. Nomi, who was afraid of choosing Yale and fighting her baby-daddy Phil for her daughter, is going to Yale with him and Luna so that she won’t be far from Zoey.

Also, Ana and Vivek are on their way to Miami, so I don’t think it’s too far-fetched to believe they’ll appear in Grown Ish Season 5.

If you watched the season four finale, you’d recall that Aaron, Zoey’s true love, visited her in New York three months after graduation. If Season 5 follows a portion of her adventure in New York, we should see more of him and their connection. The cast will have to wait and see what the Cal U crew’s departure entails. Season 4 had the following cast, in addition to Shahidi and Sabbat:

Despite agreeing in her Essence interview that Zoey’s education, job, and love life have been a bit too linked up to this point, Shahidi has yet to determine whether she’s #TeamAaron or #TeamLuca.

She confessed that she enjoys seeing Zoey and Aaron together but can’t overlook Zoey and Luca’s shared interests, including fashion. She said it’s difficult to say since she enjoys how this season has teased out both relationships as they’ve evolved. Freeform’s launch date for Gronw Ish Season 5 has yet to be announced, while there isn’t usually a long gap between grown-ish seasons, which are usually broken into two halves.

The series returned in July for the first half of Season 4 after Season 3 finished in March 2021. If the trend continues, viewers might expect Grown Ish Season 5 to premiere this summer.

However, it’s unclear whether the showrunner changes will create any production delays.

The new season trailer has not yet been released. For now, enjoy the season 4 finale, which ended on a high note! 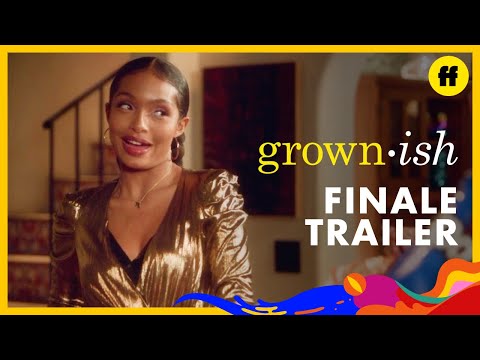 The Day Before Release Date, Trailer and New Updates 2022!
Next Article Beyonce Net Worth 2022: How much money does she make?