SHARE
Table of Contents
When is Jurassic World 3: Dominion Out in the Cinemas?Who is part of the Cast?Is there an Official Trailer of Jurassic World 3 yet?What to expect from the upcoming Movie?

If you’re an avid fan of this dinosaur-themed movie, say no more, the third part of the trilogy is coming out on the big screen this upcoming 2022.

With the upcoming movie, there are plenty of things to get excited about! Here’s everything you need to know about Jurassic World: Dominion.

When is Jurassic World 3: Dominion Out in the Cinemas?

As early as February 2020, filming already began before being shut down in March. Still, the movie was the first blockbuster to start shooting again in the UK in July and wrapped the filming in November 2020.

Fortunately, Jurassic World 3 will hit the big screen on June 10, 2022, after a year-long delay to its original June 2021 release.

Writer/director Colin Trevorrow has confirmed that the threequel is completed ahead of its cinema release, so we just have to wait and hope that it wouldn’t have another delay.

Who is part of the Cast? We will be once again seeing Chris Pratt and Bryce Dallas Howard as Owen Grady and Claire Dearing in the third part of the trilogy.

But of course, Pratt and Howard aren’t the only stars coming back. Isabella Sermon is returning as Maisie Lockwood, the genetically-created offspring of John Hammond’s former partner Sir Benjamin Lockwood. It’s also been reported that Justice Smith and Daniella Pineda will be back as Franklin Webb and Zia Rodriguez, alongside Lupin’s Omar Sy as velociraptor trainer Barry Sembene.

Although we had expected Jake Johnson to return as Lowry, sadly, it isn’t going to happen. The star revealed in August 2021 that scheduling conflicts prevented him from shooting the movie alongside the others.

More actors will be joining the movie as part of the cast like BD Wong who will be back as the morally dubious geneticist Dr. Henry Wu.  Although Jeff Goldblum returned to the movie too as Dr. Ian Malcolm and had limited screen time in Jurassic World: Fallen Kingdom, he will still return alongside Sam Neill AND Laura Dern.

Is there an Official Trailer of Jurassic World 3 yet?

To make things more exciting, we do have some new Jurassic World footage to enjoy in the form of a five-minute prologue.

Although it is not the official trailer for the new movie it’ll do while we wait for a proper trailer to arrive. Have a sneak here! 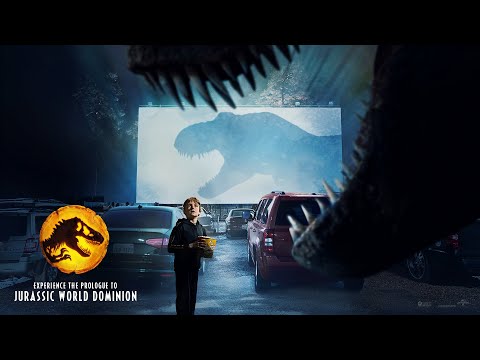 What to expect from the upcoming Movie? We had major cliffhangers from Jurassic World: the Fallen Kingdom and we are dying to know what’s next for them!

According to Trevorrow, the storyline will start off three years after the short film(Battle at Big Rock) as Dominion is set in 2022. At this point, the dinosaurs have already reached the wider world, and things aren’t going really well.

In the trailer, we got a sneak peek at Pratt trying to get away from one of the new raptors recently, and we reckon we’ll be seeing a lot of people running in the movie once again. Are you excited to see Jurassic World 3?

Also Read: Are You Ready For Chucky Season 2?

Posted by Charles kenny
Follow:
Charles is an avid reader who loves the outdoors. He's also a passionate traveler and has explored many different parts of the world. He writes about topics ranging from entertainment, Celebrity, Technology, Gadgets, and entrepreneurship to relationships in modern society. Arthur believes that his life experiences make her more compassionate towards others, which also translates into her writing!
Previous Article Are You Ready For Chucky Season 2?
Next Article Pennyworth Season 3 Updates You Need To Know