Kendall Jenner has recently been open about her dating status as she has been posting romantic photos with her boyfriend via Instagram.

Kendall Jenner gave her fans a sweet glimpse into her romantic life, and everyone’s been up for more details!

Continue reading to know more about Kendall Jenner and who’s she dating.

Who is Kendall Jenner’s Boyfriend? Although Kendall Jenner has always been private with her love life, Devin Booker was an exception. Kendall went official in her Instagram photo last valentine’s day of 202 by sharing a photo of them.

They were also seen in several photos at Booker’s game. Moreover, they have been going on public dates in New York City as they were seen walking around the city and having dinner in an Italian restaurant.

A lot of fans have been curious about Kendall and Devin’s relationship for quite some time already. They have been asking and tweeting questions like “Devin, are you the one” on Twitter and other platform sites. Jenner and Booker were first spotted on a double date in May 2018. Although at that time, Kendall was still seeing Simmons at the time and Booker was linked to Jordyn Woods.

Later on February 2019, Booker and Wood’s fizzled out as the Woods was seen kissing Tristan Thompson at the party.

About Kendall and Simmons, who were still dating, they were later on last spotted in February 2020.

“A lot of the relationships have taught me more about myself, which is the most valuable,” Jenner said during a behind-the-scenes video for a Calvin Klein campaign at the time.

After Kendall and Simmons had broken up, Jenner and Booker were spotted on a road trip to Sedona, Arizona, on April 29, 2020.

Their relationship got more confirmed as Kendall Jenner was seen to have cuddled up to the athlete at her 25th birthday party back in November 2020.

As 2021 approached, the duo proved that they were going stronger than ever after Booker reposted a photo of Kendall in a bikini in January 2021 via Instagram.

It was officially announced that Kendall and Booker are together after posting a romantic photo of them cuddling on a kitchen countertop via Instagram Stories. Further, Booker posted a video of her playing with a dog and the two of them taking a nap on the grass. As we move on through 2021, they have shown publicly that they are indeed in love and dating. In April 2021, Booker once commented on Jenner’s photo, “Very beautiful … course.”

The pair attended a party for Jenner’s new business 818 Tequila at the Nice Guy in West Hollywood in the same month.

Jenner posted a few of their intimate photos on her Instagram story and captioned it 365, which probably means it was their first anniversary in June 2021. The duo even went on a vacation in Italy as some fans spotted them kissing and cuddling there. Kendall and Booker’s relationship had gone deeper than ever when a fan posted a video of the couple talking with Booker’s grandmother as Jenner met the athlete’s family member for the first time.

Both have been seen celebrating holidays, be it Halloween or Thanksgiving!

Kendall and Devin, however, spent Christmas apart as the Keeping Up With The Kardashians enjoyed Christmas with their family in Los Angeles while Booker was busy taking on the Golden State Warriors.

Yet, Kendall was seen to have given her man a long-distance shout-out on her Instagram Stories. She posted a photo watching the game on a TV over a fireplace and wrote: “Christmas dayyy.”

As 2022 approaches, the two are still together as they continue to support each other’s career and life paths.

Who is Kendall Jenner?

Kendall Jenner is a famous model who is part of the Kardashian-Jenner clan.

She is an American model, socialite, and media personality who rose to fame in the reality television show Keeping Up with the Kardashians. Kendall and Kylie Jenner are the sisters who gained the most followers among the Jenner Clan.

Speaking of being famous, Kendall Jenner’s net worth as of 2021 is $45 Million, being the world’s highest-paid model.

Get to Know Kendall Jenner

Kendall Jenner is worth $45 million. This is, of course, thanks to the fact that Kendall was the highest-paid model. However, we can never know if she is already a billionaire.

Kendall Jenner is currently in a relationship with Devin Brooker, an NBA basketball player.

As mentioned, Kendall Jenner’s current net worth is 45$ Million Dollars.

Who is Devin Booker?

Devin Booker is a known NBA basketball player who plays as a shooting guard for the Phoenix Suns.

Booker was born in Grand Rapids, Michigan, and is the son of Melvin, who was named the 1994 Big Eight Conference Player of the Year during his time at the University of Missouri.

Get to Know Devin Booker

Who is Devin Booker’s Mom?

The mother of the famous NBA basketball player and Jenner’s boyfriend is Veronica Guiterrez.

What is Devin Booker’s Ethnicity?

Booker is living with his mother, who is reported of Mexican and Puerto Rican descent. At the same time, his father is an African-American.

How’s it going for Kendall and Booker this 2022?

Jenner and Booker recently ringed on New Year’s Eve together in New York City, and it looks like the couple continues to remain strong. 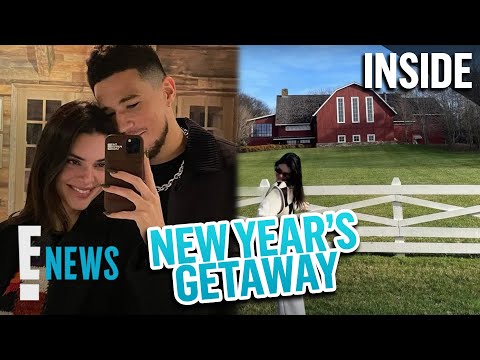 According to a source, the couple is in a “great space.” The couple is also open about their relationship on their social media ever since they went official.

When Kendall was invited to a guesting on Jimmy Fallon’s show, she spoke about her relationship with Devin and revealed how her niece Stormi Webster has a huge crush on Booker.

The Kardashian-Jenner family has also been impressed by Booker and are happy for Kendall’s relationship and think Devin is the kind of guy that Kendall needs. The source informed that the family of Jenner loves Booker and finds him super talented. Who is Billie Eilish Dating? Latest Updates and Relationship Status