Monsters at Work Season 2 Release Date: Monsters at Work is a kids’ TV show that started on Disney Plus. It is a spin-off from the Monsters, Inc. movies, which are very popular. Mike Wazowski and Sulley, the big blue monster, are back in the animated series.

The first season came out in July 2021 and had 10 episodes. That seems like a long time ago, and fans of the show have been begging for information about season 2. Let’s find out everything about Monsters at Work’s second season. Disney Television Animation and the artists who bring the show to life are working on a lot of different projects for Disney+, Disney Channel, and Disney Junior. Since the show is still being made, the episode numbers and other details are still a secret. Let’s wait and see what happens in the next few days.

The first season of Monsters at Work was all about Tylor Tuskmon, a new worker. He got a job at Monsters, Inc. as a scare major graduate, but he quickly found out that the company was changing. To Tylor’s disappointment, the scare floor was being changed into a laugh floor, which meant that his dream job no longer existed.

Tyler spent the next few episodes learning about comedy and putting in a lot of work to become a jokester. After showing that laugh power is a better source of energy, he finally got a promotion, and Monsters, Inc. was also saved.

Since the studio hasn’t even shown a still from Season 2, it’s hard to guess what will happen in it. Most fans think that the second season will be about how hard it is for Tylor to be a jokester. Fans will have to wait a little longer, at least until a Monsters at Work Season 2 teaser is released, to find out if these ideas are right.

Who is in the Cast of Monsters at Work?

Fans will be happy to hear that most of the cast will likely be back for the second season. In the second season, along with the old characters, there will also be some new ones, so we can get some new voice actors as well.

A video about Season 2 was released by Disney Plus. Look at it below: 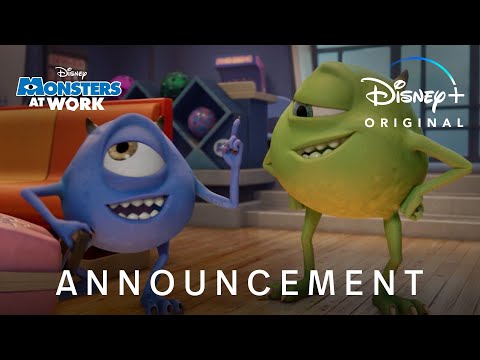