Pacific Rim the Black Season 2: The series is an adult anime tv show that Greg Johnson and Craig Kyle co-wrote for the streaming platform Netflix.

Pacific Rim the Black Season 1 first premiered in March 2021 with seven episodes, leaving the viewers plenty of questions. This is why a lot has been waiting for the second season’s release!

Get to know the details of Pacific Rim the Black Season 2 here. Keep reading!

What is the Pacific Rim the Black All About?

Pacific Rim the Black is an anime series based on a live-action film of the same name. Polygon Pictures is the animation studio behind the series and is known for the creation of Godzilla and Drifting Dragons. It follows the story of a race of monsters called Kaiju to arise, set in the same alternate universe as the live-action film. In the series, humans build gigantic armed robots to fight back the monsters but fail the continent only to leave a few survivors.

A lot of anime fans were hooked on the show, and they are asking for more!

Ever since the cliffhanger ending of Season 1, fans have been anticipating the second season of Pacific Rim The Black. Fortunately, the series was renewed right a few weeks after the first season’s release, which was announced and shared on their Twitter page. It has been officially reported that it would be back for Season 2 this April 19, 2022!

We don’t have to wait long then! Set your alarms and get ready for new adventures and action.

The first season of Pacific Rim The Black followed the story of the siblings, Taylor and Hayley, looking for their parents who have been missing for over five years.

Their parents went on a mission together to destroy the world of Kaiju. However, the two found out that their parents had abandoned their Jaeger years ago and had already left for Australia. Moreover, the siblings did not only deal with the Kaiju but also the other survivors who are also attempting to fight the monsters. In the upcoming season of Pacific Rim The Black, we get to see more revelations about the siblings’ missing parents. Further, we will see more answers to these questions to continue what has been let off.

Luckily, an official trailer has already been released!

The fans were delighted when Netflix released the Official Trailer of Pacific Rim The Black Season 2.

Check out the trailer below! 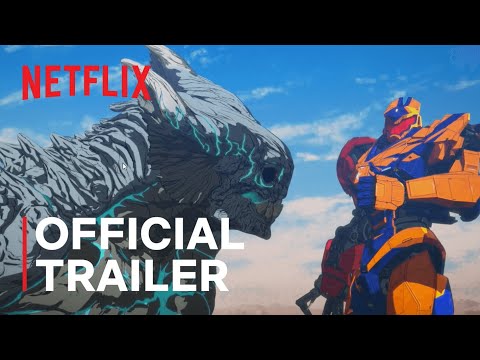 Since the official trailer has been released, we expect to see the original characters and casts playing their respective roles in Pacific Rim The Black Season 2.

Among these characters who were part of Season 1 that we get to see again in the second season are:

Moreover, we might also see a new cast and characters they have not revealed yet, even in the trailer.

So watch out! Stay updated and catch Pacific Rim The Black Season 2 this April 19, 2022.