Contents
What is the Resident Evil About – A Quick RundownResident Evil 4 Remake What to Expect – Release Date, and More

So, get ready to relive the classic Capcom game! Read more to know about Resident Evil 4 Remake What to Expect.

What is the Resident Evil About – A Quick Rundown

Resident Evil is a well-known video game, also known as Biohazard, in Japan. It is a horror video game series and media franchise that Capcom created. The game follows the stories about biological weapons and viral incidents that result in catastrophes like zombies outbreaks. You can either play like a third-person shooter or a first-person shooter in survival mode in the game. The first Resident Evil was created Shinji Mikami and Tokuro Fujiwara, and was released in 1996 for the PlayStation.

Later on, it is credited for defining the survival horror genre and returning zombies to popular culture, making it major popular worldwide!

Now, Resident Evil 4 is one of the most celebrated entries in the franchise, and fans are happy to hear about its Remake! Only because Resident Evil 4 revolutionized the third-person action-adventure genre and has been ported to nearly every platform since the release of the original one.

Moreover, In the recent PlayStation State of Play presentation, they gave the fans a first look at the highly anticipated Resident Evil 4 Remake, where the release date was also confirmed. Also Read: Crysis 4: The Next Evolution Game Survival of Combat is Coming Back!

Here are the things you have to look out for at Resident Evil 4 Remake What to Expect. Keep reading!

Resident Evil 4 Remake What to Expect – Release Date, and More The Resident Evil Popularity made the creators decide and Capcom has finally officially revealed Resident Evil 4 Remake, a ground-up reimagining of the 2005 original title. The announcement was made during Sony’s State of Play and there trailer and what to expect were shown to the fans.

The new trailer showed the first look of what to expect in the upcoming Remake and nostalgia for what the players remember from the original title. It also showed off some characters we can expect to see. These characters we are hoping to be back are:

Further, it was shown that the iconic locations like the famous village where many players have battled would also be part of the Remake.

The release date is targeted to be on March 24, 2023. Yes, that’s less than a year already! We only have nine months to wait for the development of Resident Evil 4 Remake comes its launching day.

Many fans were also curious if the Remake would be changing the gameplay. However, it is challenging to assume only based on the trailer. However, we can expect to see new things if we base on the other remakes.

One thing is for sure; the trailer revealed that the game would feature virtual reality with PlayStation VR2.

You can check out the Resident Evil 4 Remake What to Expect Here! 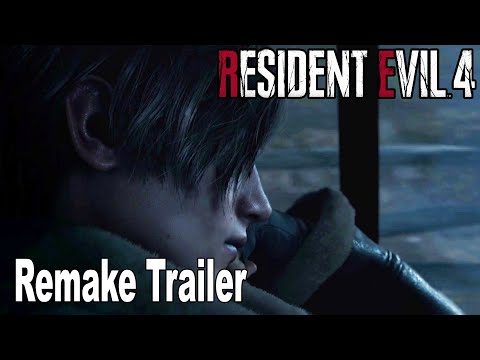 Find the ‘Resident Evil 4 Remake What to Expect – Finally Confirmed to be Released Soon!’ helpful? Stay updated for more.