Sonic Frontiers: It is an upcoming platform game developed by Sonic Team and published by Sega. Sonic Frontiers is the first Sonic Hedgehog game to feature open-world gameplay.

The game’s development began after the release of Sonic Forces in 2017 and is scheduled to be released for consoles including Nintendo Switch, PlayStation4, PlayStation 5, Windows, Xbox One, and Xbox Series X/S.

Here’s what we know so far about Sonic Frontiers.

What is Sonic Frontiers about?

Sonic Frontiers shows Sonic to Starfall Islands, a place where it is jam-packed with different biomes and ruins of mysterious technology. The Sonic Creation Team began exploring multiple approaches for its next Sonic the Hedgehog game, which is why they came up with the idea of Sonic Frontiers after the release of Sonic Forces.

The sonic team is also celebrating its upcoming 30th anniversary and sought to define what a modern Sonic game should be and solidify the series’ direction for the next decade.

The game’s development started already in 2019. The Sonic Team head and Sonic series producer Takashi Iizuka mentioned how the game would be the start to show how the next Sonic game is set into a template that will be followed for the next few years.

When is the Sonic Frontiers Release Date?

A lot has been curious when they’ll get to play the new Sonic game ever since it was announced for release. Sega planned to release the game back in 2021 to coincide with the franchise’s 30th anniversary but delayed it for a year for quality control and to ensure that the players get the best of it!

Unfortunately, we do not know when Sonic Frontiers will be released, but we know for sure that it will be this 2022.

While waiting for the official release date, you should know that the game is available in a wide range of choices for how you can play the new Sonic game. It will be available for Nintendo Switch, PlayStation 4, PlayStation 5, Windows, Xbox One, and Xbox Series X/S.

Although the Sonic team has not announced its official release date, you can already pre-order the game. Also, don’t forget that when you pre-order, you have the privilege to get the lowest price that it drops to between now and the release date. Sonic Frontiers is a 3D platformer and action-adventure game. It is the first Sonic Hedgehog game to feature an open world, with the developers hoping to take the blue hedgehog in a brand new direction on the next-gen consoles in 2022.

In the game follows Sonic, the player explores the Starfall Islands, which comprise various biomes, including flowery fields, forests, ancient ruins, and deserts.

Also, outlets have compared the design of the world and map to the Nintendo Switch classic The Legend of Zelda: Breath of the Wild.

It was not released too long ago, so check it out here! 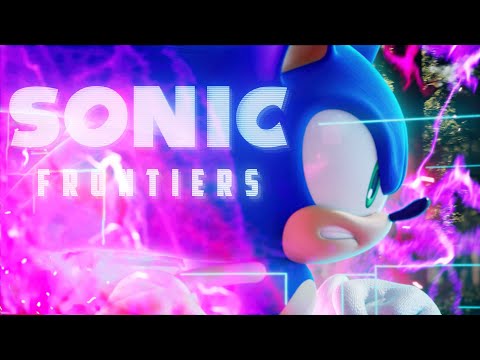 We can confirm that Dr. Eggman, Tails, and Amy Rose will appear in the new Sonic game.

We also got confirmation from the trailer that it’s Amy’s voice heard in the trailer of the game. It’s also possible that Dr. Eggman could be the villain in the game. Still, we might be wrong, and the Team might have prepared something more new and refreshing.

Are you excited about the game already? So are we! Stay tuned and updated to know more upcoming details. Vampire The Masquerade Bloodlines 2 Release Date and More!
Next Article