The Equalizer is a crime drama tv series that is another reboot in the franchise, following the 2014 and its 2018 sequel, as well as a reboot of the 1980s series of the same name. The show has developed over two seasons and received a positive response to the show’s finale episode of season 2.

The viewership demonstrates the popularity of this franchise, and fans already know that the next season is returning this year, having been renewed in May 2022. With the release date nearing, fans are eager to find out when and how they can watch the film.

If you’re one of those fans who want to know when The Equalizer Season 3 will be released, we’ve gathered all the relevant information in one place so you can make an informed decision. Continue reading until the end to learn more about this. The network has officially announced that the series will return this year on October 2, 2022. The third season will debut with new episodes on CBS. The official Twitter handle of the series also confirmed the news by sharing an announcement post.

The Equalizer Season 3 Cast and Crew

The following are the cast members that will return in the next season:

Queen Latifah as Robyn McCall: A single mother who used to be a CIA operative and now serves as a street vigilante for justice after her divorce.

Tory Kittles as Marcus Dante: A divorced father of two sons, an NYPD detective, finds himself relentlessly trailed by Robyn. At first, he is reluctant to have her help him, but eventually, they find common ground and become allies and friends in season 2.

Adam Goldberg as Harry Keshegian: Robyn’s ex-boyfriend, Melody’s spouse, and a pro hacker who faked his death with Robyn’s assistance.

Liza Lapira as Melody “Mel” Bayani: Tango is a former U.S. Air Force sniper who, in addition to running a bar that serves as a secret base of operations, is an old pal of Robyn’s from her military service days.

Laya DeLeon Hayes as Delilah: She is Robyn’s 15-year-old daughter, who feels neglected, despite attempts from both sides to improve their relationship.

Lorraine Toussaint as Viola “Aunt Vi” Marsette: Robyn’s wise paternal aunt lives with her and Delilah, having moved from Milwaukee to help them out. She is also a painter.

As William Bishop, Chris Noth is a strange ex-CIA head and a former friend of Robyn’s who now runs his private security firm. He serves as a go-between for Robyn and the CIA. In season 2, Mason Quinn kills him in a plane accident while attempting to kidnap Robyn.

The trailer for the upcoming season of The Equalizer was released recently on the official youtube channel. The short clip gives viewers a quick peek into what to expect from the plot and character arcs this season. Queen Latifah stars as Robyn McCall, an enigmatic woman with a mysterious past who uses her skills to help those in need. 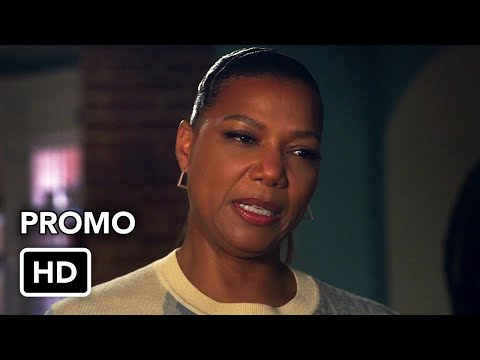 On May 15, 2022, the final episode of Exposed was released. It is estimated that 6.84 million people in the U.S. watched it. Eric Laneuville directed it, and Terri Edda Miller & Andrew W. Marlowe & Joseph C wrote the script. In the episode, we see McCall infiltrate the Cuban embassy to uncover information on Omar Delgado, a close associate of Mason Quinn. When she shares the knowledge with Harry and Mel, they hesitate to assist her due to his connection to Bishop’s death.

Instead, McCall hires Carter Griffin to assist him in finding Delgado and form an arrest task force. After questioning him, he and his crew fail to discover him, and McCall makes another attempt. They set out to win his confidence by orchestrating his escape. Vera, a close friend of Delilah’s, begins her campaign for student office; however, her ex-boyfriend Logan Jeffries dumps a naked photo of her online during the campaign.

When Delilah has run out of options to assist Vera, she turns to Dante, and he introduces her to “The Equalizer,” who is her mother. She meets Harry and Mel through McCall, who promises that she can enlist their aid. When Harry is matched with a Russian IP address, he has trouble erasing Vera’s photo from pornographic websites. He eventually overcomes difficulty and removes the images of Vera and the other victims.

Vera sends Delilah a problematic text, suggesting suicide as an option. The former can persuade her when Delilah and Mel arrive at her house. Dante and the NYPD arrest Logan after learning about his burner phone. McCall’s vehicle is struck by another car while driving home. Aunt Vi and Delilah are shocked when the attackers take her away.