The Girl Before is a new original limited series on HBO Max based on JP Delaney’s best-selling novel.

When do we get to see The Girl Before on the screen? Luckily, the premiere date is set this February, and we’ll get to watch it soon!

You might have lots of questions on your mind about The Girl Before series. Continue reading if you’re curious!

What is The Girl Before About? The series was first announced back in March 2021. It is a psychological thriller series with a twist-filled plot that tells the story of a woman who questions whether the opportunity to live in an ultra-minimalist home is worth living under a list of strict rules.

It is written by JP Delaney himself, with Emmy-nominee Lisa Brühlmann (Killing Eve, Servant) attached to direct.

It is a limited series on HBO Max tells the story of Jane, who gets the chance to move into a beautiful, ultra-minimalist house designed by an enigmatic architect.

However, between all these, there’s a catch. Occupants have to abide by his list of strict rules.

Jane then starts to feel the house changing her in unexpected ways. Still, when she makes the shocking discovery that the Girl before her, Emma, died in the home, she’s forced to confront startling similarities as the two women’s timelines interweave. Jane questions if her fate is the same as the Girl before.

The series storyline tells about Jane, the main character, who falls in love with an extraordinary minimalist house and discovers that another woman had died in the same property three years earlier.

Because of that, she starts to wonder if her own story is just a rerun of Emma’s life and if she’ll experience what the Girl before did.

Release date of The Girl Before

The long wait is over. The psychological thriller of 4 episodes starts streaming on HBO Max on February 10, 2022.

If you’re interested in watching, you’ll need an account! If you don’t already have one, now is the perfect time to sign up for a free trial to check out what HBO Max is all about.

Casts of The Girl Before HBO Max Series Are you curious who’ll be joining the upcoming series? Here’s a list you can check:

BAFTA-nominated actor Gugu Mbatha-Raw stars in the series as Jane, a traumatized young woman who makes a shocking discovery about the house she moves into.

Jessica Plummer plays the role of Emma in the series. Emma is the previous occupant of the house who passed away just three years before Jane’s arrival.

Another former EastEnders star Ben Hardy will star in The Girl Before as Emma’s partner.

Official Trailer of The Girl Before

HBO max had already released an official trailer before the trailer, and it only makes us excited even more! 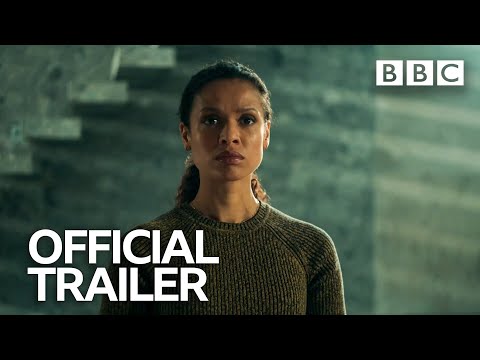 The trailer shows us how Jane is being accepted to live in the stunning house. Shortly after that, she starts noticing the house changing her in unexpected ways.

Are you excited to see the series? Set your alarms for February 10, 2022, and get ready to binge-watch The Girl Before. Black Clover Season 5: Release Date and What to Expect
Next Article Jennifer Garner Dating: In Love or Not?