Just September last year, Freddie Highmore returned as Dr. Shaun Murphy for the fifth season of the smash-hit ABC drama The Good Doctor. Unfortunately, Good Doctor Delayed episodes and fans will have to wait for a few months before getting another episode of the medical drama.

I know, it isn’t good news. Here are more details of the series Good Doctor for your reference.

What is The Good Doctor About? Making its ABC debut in the fall of 2017, the medical TV series revolves around Shaun Murphy, who is a young autistic savant surgical resident at the fictional San Jose St. Bonaventure Hospital.  Shaun uses his extraordinary medical gifts to save the lives of people in need of treatment despite being discriminated against and unable to connect with those around him.

Did the Good Doctor have their episodes delayed or did it get Cancelled?

If you are an avid fan and watcher of the medical drama, you may have been expecting the continuation of the last episode where it was shown that there is
an upcoming clash between Dr. Audrey Lim and Salen Morrison.

Not only that, you sure have been left with lots of questions the next episodes have yet to answer for you.

The Good Doctor Delayed not Cancelled

Yes, luckily, the series isn’t going to be canceled rather the Good Doctor only delayed the following episodes of Season 5. Although it was confirmed by ABC that the Good Doctor delayed their episodes, they yet have to announce when exactly by 2022 will they be back.

Do you miss seeing the Good Doctor on screen? Continue scrolling as we recall some of the scenes where the series left off in Season 5. (Get a peek of the Good Doctor Season 5 Episode 8 Promo) 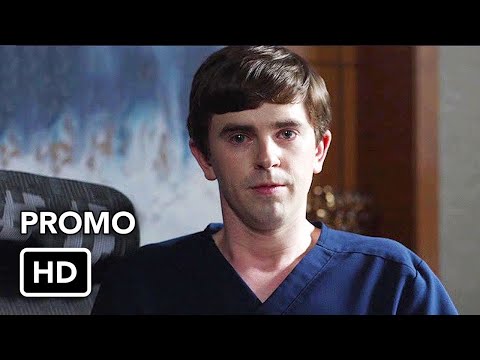 While waiting for the official release date of the half of Season 5, the midseason finale certainly left the fans with plenty of questions to ponder over while they await new episodes.

Will Shaun and Lea still get married? Shaun is seen to have demanded that Lea admit that she manipulated his patient satisfaction scores. Shaun was also seen to have crumpled up their venue contract and told her that he could no longer marry her, we’ll have to see if they still end up together. Assuming they get married (Hopefully!), we’ll we get to see on screen familiar faces as part of their RSVP? And what about Shaun’s estranged mother who was inviting other people earlier in Season 5?

Will Salen pay for her Fatal Mistake? In the last episodes that were aired on ABC, expired medication was given to a newborn that caused the death of the baby. More questions are running through a fan’s mind like, will Glassman stick around or will Morgan take over the clinic?

Although the Good Doctor delayed half of Season 5’s episodes, fans are surely at the edge of their seat waiting for the next half to come out within the year.