After a long wait of the pandemic lockdown, following the season three finale, The Marvelous Mrs. Maisel is finally back for its fourth season!

The hit Amazon Prime original, which follows the high and lows of Midge Maisel’s chaotic stand-up career, left viewers on a devastating cliffhanger at the end of 2019.

When is The Marvelous Mrs. Maisel Season 4 Release Date? The series is about Midge Maisel, who is a housewife that turned into a stand-up comedian.

After they revealed on social media that its highly anticipated fourth season is “coming soon,” while pandemic delayed production, we now know that Season 4 is set to premiere on Friday, Feb. 18, 2022!

The series created by Amy Sherman-Palladino and executive producer Daniel Palladino, is finally returning can be exclusively streamed on Amazon Prime Video and they will be dropping two new episodes will every Friday for four weeks.

Who will be joining the cast of The Marvelous Mrs. Maisel?

Luckily, most of our favorite and core cast of characters will be returning to join us in The Marvelous Mrs. Maisel Season 4.

Caroline Aaron (Shirley Maisel) and Luke Kirby (Lenny Bruce) will also be part of the cast of the Marvelous Mrs. Maisel Season 4 together with some guest appearances from the cast of  Gilmore Girls  Kelly Bishop and Milo Ventimiglia, as well as John Waters and Jason Alexander.

What to expect in Season 4 of The Marvelous Mrs. Maisel? Season 3 of the hit show wrapped with Brosnahan’s character being fired by Reggie from Shy’s tour on an airport tarmac the night before during her act.

Thus, the fourth season is going to be set in 1960 according to Prime Video. The trailer teased that Midge is looking to hone her act, but her commitment to her craft and the places it takes her will create a rift between herself and family and friends.

Sherman-Palladino, the showrunner,  acknowledged that the show “f*cked Midge up pretty good” at the finale of Season 3.  She pointed out, “We’ve knocked her back a few times on the show. But that’s what show business is. It’s one step forward, two steps back — that’s the life of a comic, and let’s not forget, we’re still talking about a female comic in 1960. It’s hard enough for a female comic to get a toehold today but forget about the ’60s when there were, like, four of them.”

As we all wait for the premiere of the series this February, take a first look at what to expect in The Marvelous Mrs. Maisel Season 4! 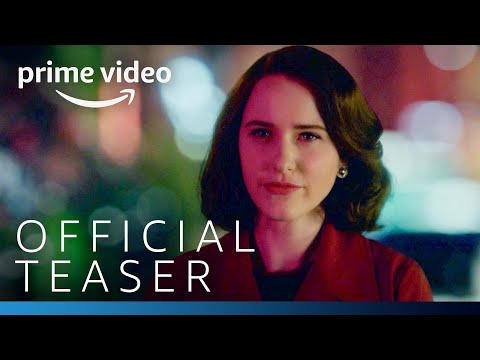 Also Read: Coraline 2 Release Date: When is the sequel coming to Netflix? What You Need To Know About Dead Island 2
Next Article Against the Ice To Debut On Netflix On March 2