After being closed to the public for ten years, horror fans in search of a truly terrifying psychological experience can rejoice: Silent Hill is now accepting new guests. On Wednesday night, Konami held a presentation on YouTube in which they revealed three new Silent Hill games: Silent Hill Downfall, Silent Hill F, and a remake of the critically acclaimed Silent Hill 2. Silent Hill Ascension, an interactive live-stream series, and Silent Hill: The Return, a movie tie-in, were also hinted at.

Polish developer Bloober Team, responsible for such chillers as Blair Witch and The Medium, is working on the remake. Composer Akira Yamaoka and concept artist Masahiro Ito, best known for his creation of Silent Hill’s most infamous monster, Pyramid Head, are both involved as well.

In an interview video shown as part of the presentation, Bloober Team’s creative director Mateusz Lenart said that the studio was committed to preserving the spirit of the original game, but that some elements were being updated to reflect the current era. It’s important to them that the game “make the same strong impression today as the original did 21 years ago,” he said. Using the brand new Unreal Engine 5, the PlayStation blog revealed additional information.

The release date was not disclosed, but the game will be available for both the PC and the PS5, with the PS5 getting the exclusive treatment for a year. Although a lengthy trailer for Silent Hill 2 was released during the announcement in October 2022, a release date was not.

There has been no new information regarding the release date of Silent Hill 2. Even though it has apparently been in the works for quite some time, we believe that Konami would have mentioned its impending release if it were truly imminent.

So, we estimate that Silent Hill 2 won’t arrive until late in 2023 at the earliest, with 2024 being a very plausible possibility as well.

A New Version of the Old Favourite

It’s almost trite to say it aloud, but many members of the Bloober Team regard Silent Hill 2 as a classic video game that will never go out of style. This is also why we’re taking such a cautious and careful approach to the remake development process.

In light of this, we intend to update many aspects of Silent Hill 2’s gameplay while still maintaining the mood that made the game so special. We’re consulting with creators, like Akira Yamaoka and Masahiro Ito, to maintain the series’ signature atmosphere in Silent Hill.

Over-the-shoulder filming was one of the novelties exposed in the preview trailer. By implementing this modification, we hope to give players a more tangible and involving gaming experience overall, further submerging them in the game’s surreal world.

As one thing shifts, another one usually follows. The combat system and some set pieces are being redesigned from the ground up with the fresh eyes of the new development team. As you can now see what James sees, we can find other means of keeping the player on edge.

In the intervening twenty-one years since Silent Hill 2’s 2001 PlayStation 2 release, technology has advanced to the point where we can get even closer to the vision that Team Silent had for their game. With the help of cutting-edge motion capture sessions, we are able to present the most nuanced and expressive facial animations in the series’ history, even before a character utters a single line of dialogue.

Here at Silent Hill 2 HQ, we’re giving the whole thing a major facelift. We are bringing the gloomy, sinister town to life in ways that were previously impossible, thanks to the capabilities of Unreal Engine 5. Those who own a PlayStation 5 will enjoy the game on all fronts, as it features stunning visuals, immersive audio, and a variety of exciting sensory experiences.

Lumen and Nanite are two particularly impressive additions to Unreal Engine 5. With them, we’re able to take the game’s already tense visual style to a whole new, realistic, and detailed level.

Lumen is an instantaneous response to scene and lighting changes in global illumination. This means that the light behaves realistically with the environment, just as it would in the physical world. The result is more realistic lighting for the entire game world. However, Nanite technology is a fantastic resource for those who create levels. They can use it to make environments that look and feel almost as real as the real thing, and entire worlds full of incredible detail.

Trailer for the New Silent Hill 2 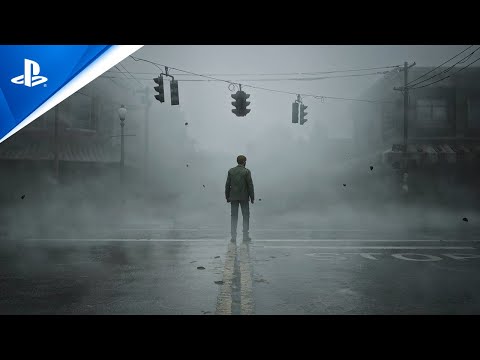 Although Konami labels it a “teaser” (perhaps because of its lack of actual gameplay footage), the three-minute trailer provides a look at the game’s story and some memorable foes.

At first, the PlayStation 5 and PC will be the only platforms for the Silent Hill 2 Remake. For at least a year, it will be a PlayStation 5 exclusive.

Will PC Receive the Remake of Silent Hill 2?

The PC version of Silent Hill 2 Remake will be accessible through Steam.

Is a Remake of Silent Hill 2 in the Works?

Yes! Konami and Bloober Team’s remake of Silent Hill 2 is coming to the PlayStation 5 and the PC. No release date has been announced as of yet.