Turner and Hooch Season 2 might not be happening, and here’s why.

The comedy series, Turner and Hooch, continues the 1989 movie of the same name. While Disney+ hasn’t announced that the tv series has been canceled, members of the Cast don’t see it happening already.

What is Turner and Hooch?

Back in 1989, the original film Turner and Hooch featured a police detective named Scott Turner and a charismatic French mastiff, who teamed up to solve the murder of Hooch’s owner.

The buddy-cop film became a box-office hit, and more than 30 years later, it was adapted as a tv series in a 12-episode Disney+ TV show that was headlined by Josh Peck as Scott Turner Jr. The Tv Series is, of course, an adaptation of the original film itself, only that the story portrays a more in-depth account of the characters.

During the series, Turner and Hooch solve crimes as Scott learns more about his father’s death and the case he was working on when he supposedly had a heart attack, which is a storyline that continues throughout the first season’s episodes.

Scott realizes that the dog he didn’t want may be the partner he needs throughout the first season. Scott’s family includes his sweet and animal-loving sister, Laura, and Matthew Garland, Laura’s dog-loving son.

The action show dropped its first season finale on October 6, which begs the question among viewers if they get another season.

Here’s what we know.

When is the Release Date of Turner and Hooch Season 2?

The first 12 episodes debuted in July 2021 and finished being released in October 2021.

While the show seemed to be popular with Disney+ viewers, the show received low scores from critiques, which might cause cancellation.

Disney+ has yet to announce if the show will have another season. However, the Twitter fans went crazy when one of the casts, Brandon Jay McLaren, quote tweeted a fan’s tweet regarding the renewal of Turner & Hooch.

The actor said, “Don’t Hold your breath. You’ll die,” referring to the fan who will hold her breath while waiting for Turner and Hooch Season 2.

Moreover, Brandon also liked and responded to some other tweets about the series not being renewed. Including retweeting an NSFW reply from a fan to that social media post, strongly indicating that he isn’t happy about the renewal news either.

Could that be a sign that the show is canceled? Hopefully not.

Who are the casts of Turner and Hooch Season 2? Although we do not confirm the second season yet, we are hopeful that the original Cast is back if ever the showrunners decide to renew the show.

If ever Turner and Hooch do happen, we expect new characters and cast to join the show to make things more twisty.

What is the plot of Turner and Hooch Season 2?

The last few episodes of Season One, Turner and Hooch, were loosely tied together by the story arc focusing on Scott Sr.’s death, but all stand alone as mostly complete stories.

From there on, we might be able to assume what could happen in the first few episodes of Season 2, if it does happen (crossed fingers).

Is there an Official Trailer for Turner and Hooch Season 2?

Although we are craving something new to see for Turner and Hooch, there is no new trailer or a Season 2 happening anytime soon.

In the meantime, you can take a look at the official trailer of the Turner and Hooch Tv Series. 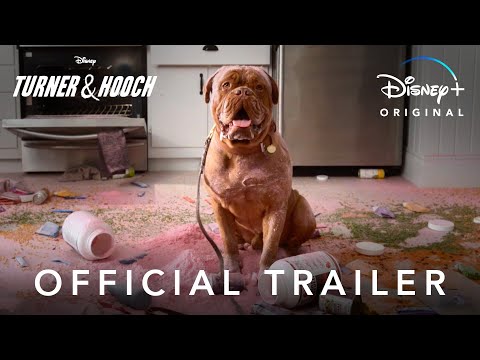 Clarice Season 2 Release Date: Confirmed or Not?
Next Article Pokemon Go: What Are The Top 10 Rarest Pokemon