Warrior Nun Season 2 is officially coming back to Netflix!

Fans are stoked to see the show get renewed, and we can’t wait to see what’s going to happen next.

The production had recently wrapped filming, and the second show is scheduled to release on Netflix globally in 2022. Continue reading to get the updated guide on everything you need to know for Warrior Nun season 2.

What is Warrior Nun About? The series is a Netflix Original fantasy-drama series based on the comic book series of the same name by Ben Dunn.

Warrior Nun follows a young woman named Ava who died and is, later on, resurrected and wakes up in a morgue with an artifact embedded in her back and a surprising new set of superpowers. She is also with a halo cemented on her back, now destined to become a member of a secretive, holy collective of demon-hunting warriors.

Resonant of Buffy the Vampire Slayer, except with amped-up fight scenes, the mythological series aired to acclaim among fantasy fans.

Warrior Nun is actually part of the world’s third biggest TV show on Netflix from July 6 to August 6, 2020. It also did hit the #1 position in Brazil, the Netherlands, and New Zealand.

Is Season 2 of Warrior Nun Confirmed?

Luckily, we will be having another season of Warrior Nun back on Netflix.

Netflix shared on Twitter that the show would be back. Simon Barry also tweeted, “That is a wrap on #WarriorNun main unit s2! Sincere thanks to our amazing crew and cast that give 100% every day. Thank you #Madrid for being such a wonderful home and to @netflix & @frescofilm for supporting our crazy vision. Can’t wait to share this epic s2 with everyone.”

We are assuming that the production crew is already done with filming and we might be able to see Warrior Nun Season 2 soon on the screen.

When is the Release Date of Warrior Nun Season 2?

Although the showrunners have already announced that they have finished with some preparations for Season 2, we might have to wait a little longer before they air the show on Netflix.

We might expect to see Season 2 during the last few months of December. But who knows it might be earlier.

Who is part of Warrior Nun Season 2 Cast? We are expected to see the original casts back to portray their roles and characters.

Among those who might be joining the cast of Warrior Nun Season 2 are:

Fans are also curious if we will see new characters to be part of Warrior Nun Season 2.

Back in October 20921, the show announced three new actors to join the show. These will include Meena Rayann playing as journalist Yasmine Amunet, Jack Mullarkey, who will play as the charismatic activist Miguel, and Richard Clothier playing the Vatican’s Cardinal William Foster.

What will the Plot of Warrior Nun Season 2 be like?

The Warrior Nun Season 2 ended with a big cliffhanger like most of the series we watch.

Now that we are sure that Season 2 is in production, we can assume that the Warrior Nun will start from the last episode of Season 1.

The Warriors will have a whole lot of darkness on their hands throughout the season. They would also need to face the Order to confront its history and beliefs.

Is there a trailer available for Warrior Nun Season 2?

Unfortunately, we still have to wait for a trailer to come out. However, you can still watch the show on Netflix.

Here is a video of the show’s Official Trailer to keep you up. 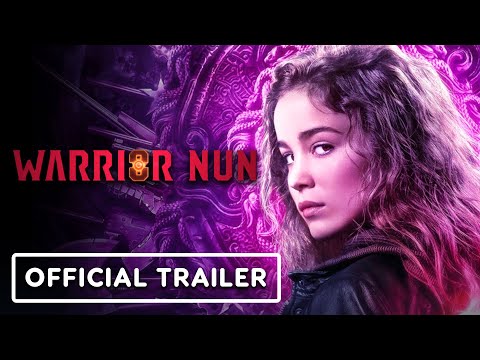