Dying Light 2 is an action role-playing game developed and published by Techland, and gamers are stoked to have the game released in early February; maybe some of them are.

The game is a sequel to Dying Light, released way back in 2015. Although the launch is doing well, the game still receives mixed responses from players.

Dying Light – What it is About Dying Light 2 is the latest big-budget open-world game blowing up Steam and other platforms.

The game was released on February 4, 2022, for Microsoft Windows, PlayStation 4, PlayStation 5, Xbox One, and Xbox Series X/S.

The game is narrative which makes it more exciting, and it also features excellent parkour and fun combat. Plus, the game features zombies and other undead mutants.

But that’s not the surprising part of Dying Light 2. The intro suggests a society came together and took a vaccine to stop a deadly virus when you start the game.

In the original Dying Light, a nasty virus turns people into mutated undead monsters that had spread rapidly through the fictional city of Harran. The town was closed off from the rest of the world, and while many people died, others survived. 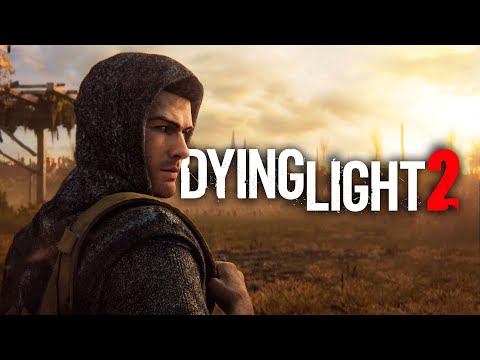 In this video, Dying Light 2 was shortly explained how the game starts.

The world’s “greatest minds came together” and were able to quickly create and distribute a vaccine to stop the Harran Virus (THV), sound familiar?

In the same intro, people are seen getting the vaccine while the narrator explains that “Finally, mankind had prevailed against the disease.”

Dying Light 2 is set in the fictional city of Villedor and features a fresh hero central to its conflict.

The main character of the game, Aiden Caldwell, ventures into Villedor in search of his sister Mia, whom he last saw years ago when they were both kids.

In the game, it feels as though the creators are simply telling players that Aiden and Mia are siblings, and they are meant to be enough for the player to care about their hopeful reunion.

However, Techland struggles to show why anyone should be invested in Mia beyond the familial connection. She becomes a living Macguffin, meant to justify Aiden’s video-gamey escapades as a side-questing superstar leaping across tall buildings in a single bound.

Who are the Characters in Dying Light 2? Dying Light 2 should feel familiar to players that enjoyed the first game in the series, although the latest game takes place 20 years later in a new city with a new main character.

The game’s new main character is Aiden Caldwell. He has similar parkour abilities to Kyle Crane, the protagonist from the first game, but they have a different back story.

Caldwell is looking for his sister Mia and must explore the massive city in Dying Light 2.

A wide cast of characters can sometimes be diverse and exciting. They are surrounding Aiden and Mia’s quest to reunite.

A Quick Review of Dying Light 2

Although the game has good feedback from several players, some players do not agree with the good reviews.

One thing almost everyone noticed was the poor voice acting of the characters. Poor voice acting can be quite an earful since the game is an action-packed narrative game.

While Aiden’s actor, Jonah Scott, does well, other characters try and fail to pull on heartstrings. This may be because of subpar acting.

The game’s tone shifting frequently does not help the players to give their emotional whiplash. Although this is not a series, what’s fun in playing a narrative game if the voice actors are subpar?

The parkour and combat skills of the main character are also not the type to make one go ‘Woah!’ and I think it should be the most highlighted skill of the player.

Despite these flaws, playing co-op in Dying Light 2 does make the experience a bit more fun. Bringing friends to play with you and in activities like military convoys and GRE, anomalies make them all a lot more manageable. Pokemon Go: What Are The Top 10 Rarest Pokemon
Next Article Jeepers Creepers 4 Release Date Update: What We Know So Far