The upcoming WeCrashed series is bound to premiere globally on Apple TV+ on March 18, 2022. It is s true a story about the rise and fall of a billion-dollar co-working space, WeWork. Starring Anne Hathaway and Jared Leto, the series is based on the podcast WeCrash: The Rise and Fall of WeWork by Wondery

From a start-up company to a $47 billion-dollar company in under a decade, the WeCrashed series will tackle how a very successful company suddenly reached rock bottom and announced bankruptcy. WeWork was created due to the 2008 credit crisis and the increasing number of freelancers and start-up founders that the crisis generated. It became a hit that the company decided to expand and launched WeWork labs for young businesses. It gave them access to desk space, meeting rooms, and help support from the company. The idea is you could rent a desk for as long as you need, and you can even interact with other freelance workers or start-up founders.

The series is inspired by actual events, which makes it more exciting. The fallout and scandals that involved the company will make viewers understand what caused the downfall of WeWork. Could it be that one time where Adam banned meat at WeWork due to environmental concerns but was, later on, spotted eating meat in the office? Or how about the time when Rebekah was accused of firing employees just because she did not like their energy? Who knows? But we are about to find out by watching the series.

Also Read: Things You Need To Know About Super Pumped: The Battle For Uber Starring in the lead roles are Oscar Winners, Jared Leto who will be playing the role of Adam Neumann, the co-founder of WeWork, and Anne Hathaway, who will play the role of Rebekah Neumann as Adam’s wife and another co-founder of the company.

It is no wonder the series will surely be a top hit given the fact that the lead actors are award-winning artists.

We know how interesting the storyline is so if you can’t wait for the premiere date to come, feel free to listen to the original Wondery WeCrashed podcast in a meantime.

Is There A Trailer for The WeCrashed Series?

Yes, a trailer was released for the upcoming WeCrashed series on January 19. It shows how Rebekah and Adam, played by Hathaway and Leto, tour their clients around their offices, giving their pitch in front of the cheering crowds. We then see WeWork employees attending the company’s annual summer camp by bus, while the couple, living their glamourous life, rides on a helicopter. Adam can be heard saying that WeWork is not the place for people to punch in and out to which Rebekah chimed in and said, “WeWork’s role is to elevate the world’s consciousness.” At the end of the trailer, Adam’s co-founder Miguel McKelvey told asked him if he knows he is not a God? Adam simply shrugs and said, “You have to admit, I do look a little bit like him.” 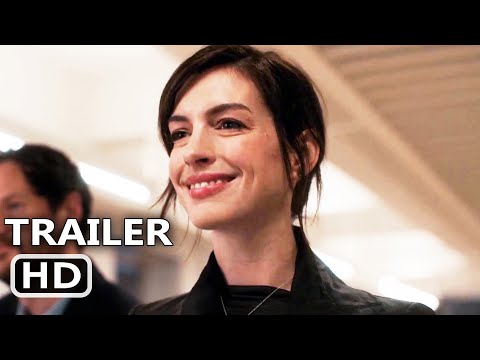 All Of Us Are Dead Season 2 Release Date Announced!
Next Article