After 27 long years, Microsoft has finally bid goodbye to its most popular web browser, Internet Explorer. It’s been a long road for the browser-from being a neglected stepchild to the market leader. With its support ending, we take a look back at the browser’s journey, from a simple program called Mosaic to the last of its kind, and what it means for marketers.

Microsoft announced in 2016 that it would kill off its Internet Explorer browser in five years. Internet Explorer shuts down on June 15, 2022, with Microsoft saying that people will have long stopped using it by that time. The software giant will start withdrawing support for IE today.

Internet Explorer (IE) is a web browser developed by Microsoft that was first released in August 1995 as part of the Windows 95 package. It was Microsoft’s first web browser and it remained the most commonly used browser for the next ten years. It replaced the Microsoft Mosaic Web browser. Internet Explorer is the most used browser in the world and is currently in its 11th version. With the release of Windows 10 in 2015, Microsoft also upgraded Internet Explorer to an Edge-like, minimalist browser.

Microsoft stopped supporting the browser in 2016 and it was deprecated in June 2022. The internet explorer shuts down and is replaced by Microsoft Edge, which is a new Microsoft browser and comes pre-installed with Windows 10. Microsoft Edge is a Chromium-based browser that is designed to be compatible with modern web standards and can run on multiple platforms, including Windows 10 and the Xbox One.

Also Read: The Easiest Way on How to Get Google Play Store on Windows – Running Android Apps on Windows is now a Reality!

Why Did Microsoft Shut Down Operation Of Internet explorer?

Microsoft is pulling the plug on its aging Internet Explorer browser, finally giving up on a program that has long struggled to compete with the likes of Google and Mozilla. The death of Internet Explorer completes a years-long decline for the software that once dominated the Web.

In the mid-1990s, IE was the most popular way to access the Web, but that began to change as other browsers came online in the late 1990s and early 2000s. Microsoft gave up on Internet Explorer in late 2016, when it shipped its Edge browser as a default option on Windows 10. According to data from StatCounter, Internet Explorer was once the dominant browser, but currently holds just under 10 percent of the market. Microsoft is shutting down Internet Explorer today and will instead redirect users to the 2015-born Microsoft Edge browser.

In a blog post written by Microsoft’s Internet Explorer team, they wrote: “It’s hard to believe that Internet Explorer has been around since the 1990s. And while we’ve made a number of improvements to IE over the years, it’s time for us to focus on the future. This means saying goodbye to IE and hello to a new era of browsers. Internet Explorer has had a long and storied history. It was the first browser to come with Windows.

Is Edge really a better alternative?

The end of an era was seen today, June 15, when Microsoft announced that it was pulling support for the Internet Explorer (IE) browser. It was once the most popular browser with more than 50% market share before Google Chrome came into existence. Microsoft will still be making updates to its IE11 browser, but it won’t be releasing any new features. Edge or Internet Explorer? The Microsoft Edge browser was launched in 2015 and was quickly adopted by users as a good alternative to Google Chrome. But the question on many users’ minds is: is Edge really a better alternative? 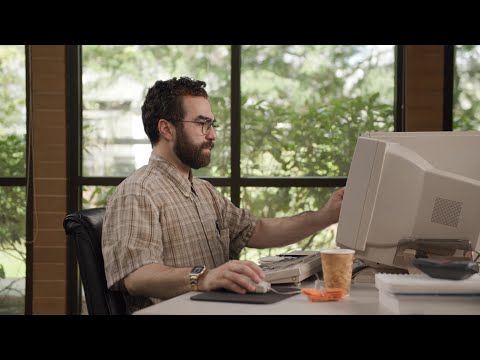 The answer to that question depends on your needs. Edge should work for you if you just want a browser that will get you to most of the websites you visit. But if you need a browser that can handle complex pages and business-related tasks, Edge will not be able to help you. The reason is that Edge was built for a simpler web that is gradually disappearing. Microsoft Edge is the default browser in Windows 10. It’s a redesign of Microsoft’s previous Internet Explorer browser, with a focus on interoperability, security and speed. It also introduces a host of new features including Cortana integration and options for note-taking and reading. Edge is available on Windows 10 only, but can be downloaded for Windows 7 and Windows 8.1 from the Windows Store.