NBC’s hit disaster action series will return to Australia for the production of season two. Yes, you read that right!

As reports say, the production will return to Victoria state to film the show’s second installment, although there has been no confirmation yet as to when the filming will begin.

Please keep reading to know the details we know so far.

What is La Brea all about?

La Brea is a series produced by NBC drama television and created by David Applebaum, which debuted on September 28, 2021.

Since the first season’s release, fans have been looking forward to Season 2 of La Brea.

The series revolves around the story of a massive sinkhole that opens in the middle of Los Angeles, pulling hundreds of people, vehicles, and buildings into its depths.

From there, the series follows the story of the survivors trapped in a mysterious and dangerous ancient land where they must band together to survive. A family who is separated by the events attempts to reunite. The father also has visions providing glimpses of when and where his wife and son are.

What to expect for La Brea Season 2? The upcoming season of La Brea is the most anticipated series yet. Fletcher said filming season two in Victoria is expected to inject more than $83.1 million into the economy.

It will create jobs for 390 Australian cast and crew and use the services of around 800 local businesses, which is a huge help amid the COVID-19 Pandemic.

When is the Official Release Date of La Brea Season 2?

Although we have to wait for the second season to premiere, we are already sure that it will happen sometime within 2022 since the crew has begun managing the film production.

“La Brea is flagship international television. It is the type of project that proves and extends the capacity of the Australian screen industry,” said Matt Vitins. “We are thrilled at the success of season one and to be working again with Universal Television and Keshet Studios on season two.”

Because of these, we are sure to see La Brea Season 2 back on the screen. Hopefully, soon!

Who do we expect to be part of the La Brea Season 2 Cast? We do not have an official cast lineup to join La Brea Season 2 yet.

There is, however, a big possibility that we will be joined by the original cast members, including:

Is there an Official Trailer for La Brea Season 2?

We still have to wait for the official release date and trailer of La Brea Season 2.

For now, you can take a look at Season One’s trailer. 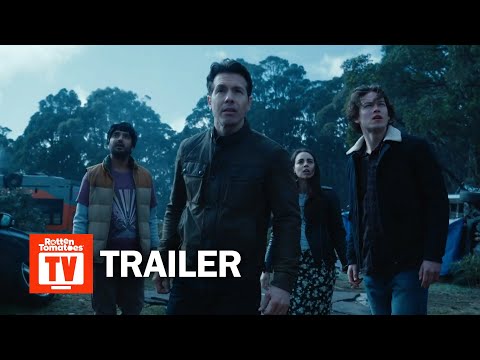 You may also catch up on the series by watching Season 1.