A lot of new content has been offered by Hulu this year, and it does not seem to stop anytime soon. The following month is full of surprises, with exclusive TV series and movies set to release in September 2022. The catalog of Hulu is up against some of the top competitors like Disney+, and Apple TV+, among others, but they are doing a great job by keeping up with new themes and characters that are relatable to the viewers. One of their latest additions, which has gotten quite a lot of attention over the last few months, is Tell Me Lies.

The series’ main idea is based on the tale of a young lady’s passion for a guy who is excellent at charming others. Doesn’t it appear to be a simple story? There seems to be more than what the trailer implies, though. We’ve gathered everything you need about Tell Me Lies’ so you can get a head start and prepare before the show premieres. Here’s everything we know about Hulu’s Tell Me Lies so far. On Wednesday, September 7, 2022, Tell Me Lies will debut on the network. Additionally, there will be new episodes released every following Wednesday. This was confirmed by the official Twitter handle of Tell Me Lies and Hulu with a quote from the former reading: “You never forget your worst. Based on the best-selling novel #TellMeLies premieres September 7 on @Hulu.” See the post for yourself below:

The official press release by Hulu stated that “Tell Me Lies” follows an addicting but tumultuous relationship over eight years. Lucy Albright (Grace Van Patten) and Stephen DeMarco (Jackson White) meet in college at a time when seemingly small choices have considerable implications. Their relationship starts like any other college romance but quickly snowballs into something much more intense that will change their lives forever.

Tell Me Lies Cast and Crew. The cast of the series, with their character descriptions, is as follows:

Lucy grew up in an affluent town on Long Island and, on the surface, seems like a well-adjusted girl. However, she has experienced a childhood trauma that has left her feeling disconnected from others. She uses satire as a defense mechanism and is often labeled the “Ice Queen” by her friends. When she meets Stephen, Lucy sees the darkness in him that reminds her of what she keeps hidden inside herself. This meeting will eventually bring her demons to light.

Stephen’s gift for reading people has always been a means of survival, with an enigmatic air and acute intellect. However, he hides a sinister side. When they meet, Stephen will expose Lucy (Van Patten) to a portion of her that is both fascinating and frightening. They will embark on an exciting journey with unforeseen consequences for each other.

Bree has been one of Lucy’s best friends since their first day of college. He is Grounded and caring, with a strong sense of self; Bree initially seems naive but is very wise.

Wrigley, popular among classmates and always joking around, appears to have everything going for him. But beneath his joyful exterior, Wrigley is insecure and constantly comparing himself to others.

Pippa is the group’s ringleader, which masks deep insecurity with bravado. She cares very much about what others think of her, even though she would never accept it. Pippa and Lucy (Grace Van Patten) become good friends at college but constantly battle with each other.

Evan’s Intelligence is sometimes overshadowed by his father’s success, causing Evan to feel stuck and unimportant. He consistently goes out of his edge for friends and often ignores his own needs, which leads to a build-up of anger that he may be unable to keep under control.

Being the younger brother of Wrigley, Drew is shy but intelligent. He’s used to living in Wrigley’s shadow and is currently a college freshman.

Here is a complete episode list for the upcoming series, which includes ten episodes in total. Hulu released the titles for each episode, and they provide some insight into the plot of the show:

The first trailer was published in August 2022 and included the quote, “You’ll never forget your worst experiences.” Tell Me Lies debuts on September 7, based on the best-selling book. Take a look at the movie’s official trailer below: 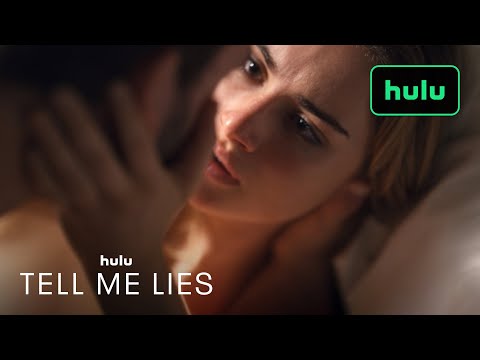