The Split Season 3: The Split, the hit BBC One courtroom drama, will come back for its third and final season, with the show creator Abi Morgan directing the last episode.

The first teaser trailer teases plenty of conflict between Nicola Walker’s Hannah and husband Stephen Mangan’s Nathan. He appears to have moved on by entering into a relationship with Kate, played by Lara Pulver, a child psychologist.

The Split Season 3 is almost here, bringing us back to the world of London’s high-end divorce circuit for the final time.

What is The Split All About?

Following the reappearance of their estranged father after a 30-year absence, the Defoes, a family of female divorce lawyers, are compelled to confront their history. The plot of The Split Season 3

In the upcoming episodes, what can Hannah and her friends expect? We can’t wait to find out, but in the meantime, you can look at the trailer video to get a sense of what to expect.

We rejoin Hannah and Nathan ten months later, in the ruins of their once rock-solid 20-year marriage, after a terrible end to season two when their marriage came apart.

Both lawyers have been respectfully negotiating their divorce and have achieved an agreeable deal, but Hannah realizes what she’s about to lose.

However, any prospect of being friendly fades when a surprising revelation dramatically raises the stakes. Is it too late to mend their rift?

Hannah’s affair with Christie was uncovered in season two, and the couple’s relationship fell apart. After ten months of respectfully discussing their separation, the two divorce lawyers appear to have struck an acceptable arrangement — until a bombshell revelation dramatically redraws the battle lines.

As we prepare to say farewell to the people, we’ve followed for the previous two seasons. Several familiar faces will return for The Split Season 3. The following are who is likely to return for the last season.

The Defoe sisters, Hannah (Nicola Walker), Nina (Annabel Scholey), and Rose (Fiona Button), as well as their powerful mother Ruth (Nicola Walker), have all been confirmed for season 3 of The Split (Deborah Findlay).

And there’s a high-profile new addition to the cast for Season 3. A leading child psychologist whose entrance adds a whole new element of intricacy to Morgan’s multi-layered exploration of divorce and modern marriage, according to Lara Pulver.

A brand new face will also be joining The Split for season three, according to reports. According to Radio Times, Lara Pulver has been cast as child psychologist Kate, with Nicola Walker appearing to confirm the news in a tweet on Wednesday (June 16th). The tv series Split Season 3 will premiere on BBC One on April 4th at 9 pm.

The second season attracted over six million viewers and 19 million streaming, making it the third most popular drama series on BBC iPlayer in 2020.

This new series has finally received a dramatic trailer, which you can see below:

Watch the clip from the popular Nicola Walker series. 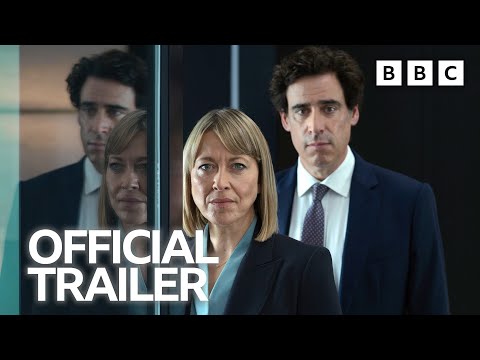