The Terminal List: Amazon Studios will premiere a number of important shows this year, including The Terminal List, which stars Chris Pratt. Based on the 2018 novel by real-life Navy SEAL Jack Carr, “The Terminal List” might be a huge franchise starter for Amazon, especially with Pratt in the lead role as Navy SEAL James Reece. Based on the 2018 novel by real-life Navy SEAL Jack Carr, “The Terminal List” might be a huge franchise starter for Amazon, especially with Pratt in the lead role as Navy SEAL James Reece.

“The Terminal List” follows Reece as he investigates the ambush of his Navy SEAL unit during a secret mission. In Jack Carr’s novel “The Terminal List,” Reece falls down government conspiracy rabbit holes and must rely on his cunning and determination to unearth the truth.

Also Read: Breath of the Wild 2 -The Legend Continues

It’s an action-packed read that also stands out for Carr’s ability to give a character suffering from the murder of comrades in arms and coming to terms with the potential of betrayal by some in his own country a sense of authenticity.

Carr is a former Navy SEAL with a fifth “Terminal List” book on the way, so he has an audience and plenty of material to pull from for the program (per Simon and Schuster).

Why you should keep an eye on The Terminal List

With the “Guardians of the Galaxy” and “Jurassic World” franchises still going strong, Pratt has recently moved his focus to behind-the-scenes work as a producer and more personal projects.

“The Tomorrow War,” a time-traveling war film that also served as a gloomy drama about fatherhood in 2021, was the first of them. The Amazon Studios picture was executive produced by Pratt, and a sequel is in the works (per Deadline).

“The Terminal List” will be released before “Tomorrow War 2,” and Amazon has released a first look at the series, which appears to be the type of throwback action vehicle audiences have come to expect from the actor best known for getting smacked across the face with a keyboard by James McAvoy in “Wanted.”

“The Terminal List” has everything you need to know right here.

“The Terminal List’s” biggest star, without a doubt, is Chris Pratt as James Reece, but he’s surrounded himself with a lot of familiar faces. Among the cast members are Taylor Kitsch, Constance Wu, Jeanne Tripplehorn, Pratt’s brother-in-law Patrick Schwarzenegger, and Riley Keough as Lauren Reece.

Jai Courtney, who appeared in “A Good Day to Die Hard,” will also portray the role of Steve Horn (via IMDb). Amazon hasn’t divulged much about the characters, but Jack Carr’s novels feature a variety of military and non-military personalities who could make for interesting plot arcs in the series. Behind the scenes, the series features some well-known faces. The show’s executive producer is Antoine Fuqua, the director of “Training Day.”

The director is no stranger to adapting literary thrillers for the big screen; he directed “Shooter,” based on Stephen Hunter’s Bob Lee Swagger novel series, in 2007 and then produced a television adaptation of the same character that played on USA Network for three seasons.

Fans won’t have to wait long to see “The Terminal List,” as Amazon’s first teaser confirms a July 1 premiere date. It’s a nice moment to wrap up the series because it’s close to the Fourth of July.

The similarly military-themed picture “The Tomorrow War,” starring Chris Pratt, was also released on July 2 last year and was a success on Amazon’s streaming service at the time. They’re obviously hoping to pull a rabbit out of a hat twice, and they might be successful. Viewers have eight episodes to catch up on, but it’s too early to say whether “Terminal List” will be as popular as “Tomorrow War.”

Readers interested in “Terminal List” can search through a multitude of related books in the meanwhile. Pratt’s James Reece first appears in Jack Carr’s 2018 novel “The Terminal List,” authored by a former Navy SEAL who has built a literary career for himself.

His “Terminal List” book series includes four novels, and the fifth, “In the Blood,” will be released on May 17, around a month and a half before Amazon’s own Reece begins. Pratt has praised the novel, and there is information about its release date on Jack Carr’s official website.

Amazon Studios has released a brief teaser video for “The Terminal List,” revealing the film’s July 1 release date while also seeing Pratt in action as James Reece for the first time.

The brief preview depicts Pratt crashing cars, shooting firearms, and gripping an ax in a terrifying manner, all of which we’ve come to anticipate from Chris Pratt films. 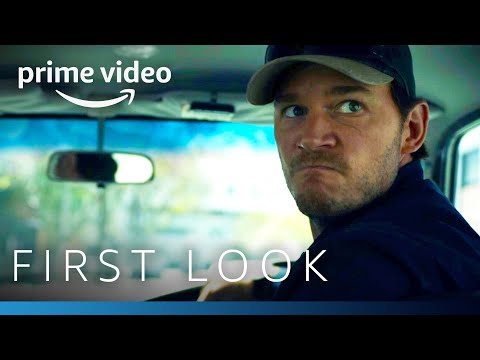