Yellowjackets Season 2: Showtime has renewed Yellowjackets for a second season. It’s not surprising, given the show’s critical acclaim and social buzz since its November launch.

Like that strange monster beast in the woods, yellowjackets have taken hold of our very souls, and we’re just grateful to be able to help. We’d give anything to see more Yellowjackets season 2 episodes, short of slicing necks and consuming people.

Thankfully, all of our pagan sacrifices have paid off since Showtime has already renewed Yellowjackets halfway through its first season. Lottie doesn’t appear to be the only one who can see the future.

What is Yellowjackets about? The story about a high school girls’ soccer team involved in a plane crash in the 1990s has been one of the social media’s popular topics since late December, thanks to its stacked cast (which includes Melanie Lynskey, Juliette Lewis, Christina Ricci, and Tawny Cypress) and its suck-you-in central mystery. On Sunday, the Season 1 finale aired, revealing the fate of Ella Purnell’s character, team captain Jackie.

The Yellowjackets enthralled the obsessive pop culture audience as Lost did more than two decades ago, with fans searching for any clues as to what is going on in both our 1996 and current stories. The Yellowjackets subreddit is blazing, as one might expect.

However, what is the relevance of yellowjackets? There are much mystery shows on television, but not all of them fascinate viewers as much as Yellowjackets do. And the rationale is straightforward: the show mixes outstanding writing (which never feels contrived or stale), J.J. Abrams-style plotting, and grounded, compelling performances from previous and current cast combinations. Even if the characters don’t seem to be having as much fun as the rest of us, it’s a lot of pleasure to see them act out this story.

As the Yellowjackets return for a second season, many mysteries are still to be solved. Who was the female who the rest of the soccer team ate in the first episode? Who built the strange cabin in the middle of nowhere? What exactly is Tai’s issue?

Lottie’s development as a cult leader in the past and her revival in the present will almost certainly be at the center of the main conflict. She kidnapped Nat at the end of the first season, and Shauna, Tai, and Misty (a citizen investigator) will have to save him. The only issue is that Shauna will have to cope with the consequences of killing Adam, especially now that her daughter Callie is aware of it; Tai is possessed by a supernatural force that leads her to decapitate pets, and Misty poisoned Jessica! Things are about to become a lot messier for New Jersey’s high school soccer champions.

Ella Purnell, who played Jackie, Jane Widdop, who played Laura Lee, and Peter Gadiot, who played Adam, were among the cast members that abruptly quit the show at the end of season one. However, the majority of the core actors will return for Yellowjackets Season 2. The following individuals have rejoined the cast:

Adult Lottie is still wreaking havoc on Shauna, Tai, Nat, and Misty in the present, and she may be the killer of Travis, as shown in the season 1 finale. Whatever the case, the fact that she’s still alive after all these years means we’ll almost surely meet a new cast member to play her mature version next season. Production has no set start date, and delays induced by the COVID-19 Omicron version increase this winter may create delays. Yellowjackets season 2 could premiere in November or December 2022, around the same time as the first season, if everything goes according to plan.

While we wait for more Yellowjacket film, get some bear meat and start a fire because you’ll need a lot of food. The main reason for this is that none are now available.

You can watch the first season trailer below for now while waiting. 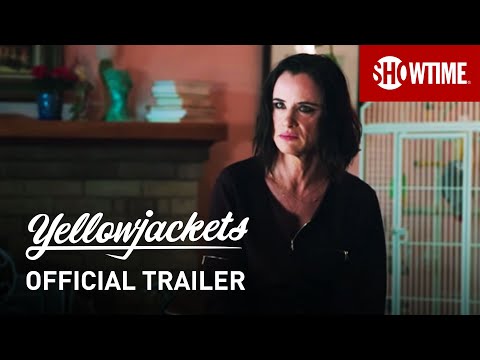