After some prominent cast members announced they would leave ahead of the new season, fans were relieved to hear that Sex Education will return for a fourth season on Netflix. Filming has already begun in Wales, UK, and we finally know who the newest member of the Moordale family will be.

Which cast members have left the show?

We keep a list of all the actors who have left the show and why they decided to go. The most recent cast members to depart from the series are listed below:

Since the series debut, Simone Ashley has played Olivia Hanan as a member of the Untouchables. She was the first to reveal that her character, Olivia, will not be returning to Sex Education Season 4 as she stated, “No,” when This Morning hosts Vernon Kay and Josie Gibson inquired about reprising her role. “I’m a Bridgerton now.”

Since the series debut, Patricia Allison has played Ola Nyman, Jakob’s pansexual daughter. She will not return for Season 4. In an interview with Capital Xtra Breakfast, she said, “I won’t be joining the cast for season 4.” Adding further: “I’ve had a fantastic time on Sex Education and am sorry to have to inform you guys that I won’t be continuing.”

Tanya Reynolds, who has played Lily since the first season, announced her departure earlier this year. She was also a founding cast member of the show. Lily was a fan favorite character in the series, and her relationship with Ola (Patricia Allison) was just beginning to blossom. Tanya told Digital Spy that she felt Lily’s story had come to a natural conclusion at the end of season three.

Rakhee Thakrar will not be a part of Season 4 of Sex Education, following the exits of the three characters as mentioned above. According to a report, actress Rakhee Thakrar who played teacher Emily Sands in the Netflix comedy informed that she would not return for Season 4.

She has not given a specific reason for her departure yet, only telling the publication, “I’m not part of the new series. I can’t really talk about why.” She continued by adding how proud she was to have been a part of such an important show, saying, “There is nothing bad about Sex Education.”

What will happen in Sex Education Season 4?

As announced by Netflix, Season 4 of Sex Education follows the closure of Moordale Secondary; Otis and Eric are now confronted with a new frontier – their first day at Cavendish Sixth Form College. Otis worries about establishing his new clinic, while Eric hopes they won’t be losers again. However, all of the students from Moordale are shocked when they visit Cavendish – they thought they were ahead of the curve, but this latest institution is another level altogether. There’s yoga in the communal garden every day, a strong sustainability vibe, and a group of youngsters known for being… nice?!

Viv is overwhelmed by the non-competitive, student-led atmosphere of the college, while Jackson is still coming to terms with Cal’s death. Aimee joins an Art class at her school level, and Adam wonders if regular schooling suits him. Maeve attends Wallace University in America and loves it–she even has a favorite professor, cult author Thomas Molloy. Otis misses Maeve, but he’s also adjusting to having siblings now that he’s no longer an only child at home or college.

Where to stream Sex Education Season 4?

When the fourth season of Sex Education approaches, it will be exclusively available on Netflix, with all previous seasons also accessible through various membership plans. The video quality and quantity of screens you can use to stream Netflix simultaneously depend on your chosen package. You can also play mobile games and stream movies and TV shows at no additional cost with any of their services. In the meantime, watch this bloopers reel from Sex Education Season 3 below: 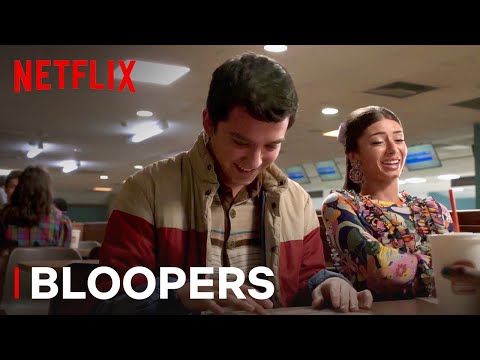