The Vengeance Release Date has been awaited for a long time after B.J. Novak announced that it would be his directorial debut film. The director is best known as Ryan from the series The Office but he, later on, aspired to be one of the talented writer-actor-director-producer, which is why he brought creating his first film into life. Learn more about the Vengeance release date, plot, and cast here.

Contents
Vengeance: Everything we knowWhat is the plot of Vengeance?Vengeance Release dateWho is in the Vengeance cast?Is there a trailer for Vengeance?

Vengeance: Everything we know

As mentioned, the new director B.J. Novak is known for his role as Ryan in the series The office but since he aspired to be a director, many fans expressed their support for Novak. We will be seeing Novak’s dark humor, witty writing, and ability to show the modern-day zeitgeist in the upcoming movie Vengeance flawlessly.

Additionally, the movie will be distributed by Focus Features, and the producers will be Jason Blum, Greg Gilreath, and Adam Hendricks.

What is the plot of Vengeance?

The movie is a darkly comic thriller that follows the story of a journalist and podcaster, Ben Manalowitz, who travels from New York City to West Texas and investigates the death of the girl he was hooking up with.

Ben Manolowitz, the movie’s main protagonist, will learn that Abilene, a woman he’d been informally hooking up, was found dead from an apparent opioid overdose. Later, when he travels to her hometown in West Texas, the New Yorker discovers a whole new world and a cast of characters who inspire him to stick around longer than planned. Vengeance will revolve around the story of how Abilene’s family and friends all think she was murdered even though Ben believes otherwise. The more time he spends in Texas, the more he believes there’s a story to tell about the circumstances surrounding her mysterious death. He agrees to record everything and create a podcast about the death of Abilene while looking for justice and the truth.

Are you excited about the Vengeance Release Date already? So are we!

Also Read: Don’t Worry Darling A psychological thriller Will be in Theaters soon

The Vengeance release date has already been set within the year, and fans are curious about what B.J. Novak brings us in his debut film as a director.

Focus Features announced that the Vengeance release date would be on July 29, 2022. Starting then, fans can catch the movie in movie theaters.

Who is in the Vengeance cast?

Joining the cast of the upcoming movie Vengeance are: From the list, we are sure that the movie will be a hit with star-studded cast members.

Is there a trailer for Vengeance?

Luckily, Focus Features has already released an official trailer for the upcoming movie.

The Vengeance trailer captures Novak’s explanation of why he’s gone to West Texas. He goes on to travel from New York City because a girl he hooked up with had died, and while he didn’t think they were close, it seems her family had other ideas.

As the trailer goes, it perfectly encapsulates what the movie is about without revealing too much. It also showcases Novak’s ability to take hold of Texas icons as outside and for him to figure out which Texas school to root for and turn it into comedy gold.

Check out the trailer here yourself! 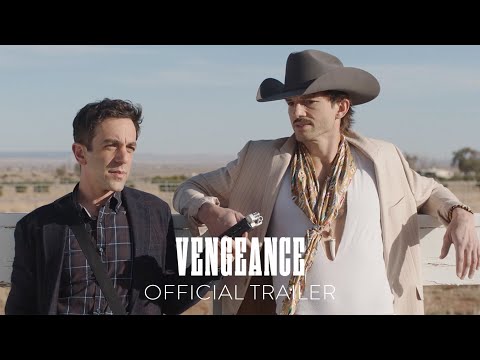 If you do not want to miss the vengeance Release Date, set your alarms as the movie is about to be in the cinemas soon!